Board Games: Why? (November Blog) 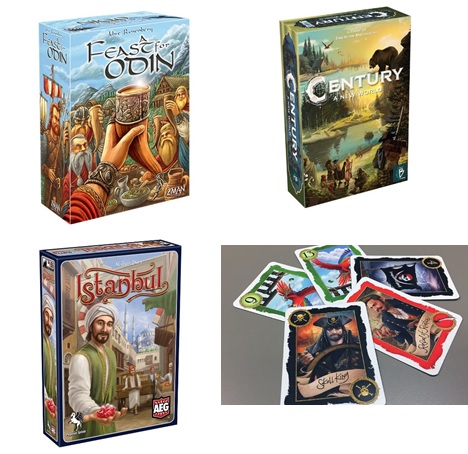 I have been an avid gamer since I was six years old. My hobby has taken the form of playing role playing games, miniature games and board games. I still maintain this hobby by joining board game events held each weekend around Yokohama and Tokyo. Just the weekend past, I played four games: Skull King – a trick taking game, A Feast for Odin – an economic game based on the Viking expansions of the 9th and 10th centuries, Century: A New World – a worker placement game about the colonization of America, and Istanbul – a game of merchants in the Turkish capital.

However, the biggest reason why people play games has less to do with the game itself. Board games are a gateway into a world of social interaction that is well defined, has rules and customs that guide it, and is fully explained. For many of us, this lifts the worst of the burden of social interaction and allows us to simply be with other people, engaged in a common activity. Navigating the social dynamic is changed by the roles we take on at the table, all object oriented.

By putting on the shared mask of a common activity, we are able to flourish in social interaction, where we might struggle with it in classroom, office, or other social settings.

Here are some other commonly shared reasons:

I hope that in the future that some of you may give board games a chance as they have evolved into something more than a pastime for children and present an opportunity for adults to socialize, learn and have fun.