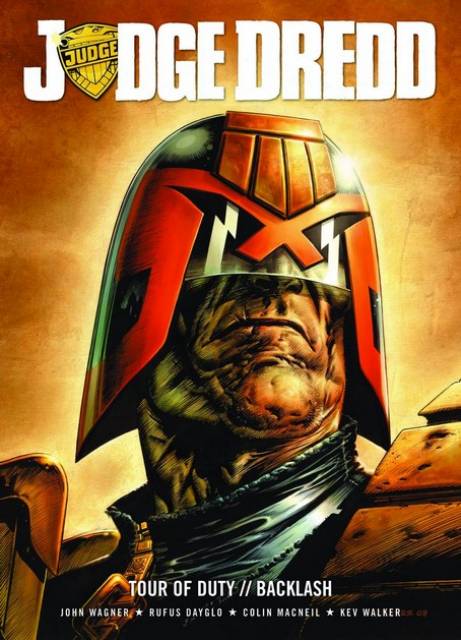 I grew up reading second hand comics which were given to me by neighbours whose children had “grown out of comics.” Half of the comics were of American superheroes created by Marvel or DC for example Superman, the Incredible Hulk or Iron Man. The other comics were of English superheroes and had a much darker feel. The heroes were often flawed in some way or had major problems dealing with their powers. Of course I preferred the English comics as the stories were much deeper and sparked my imagination.

Like most teenagers I became uninterested in comics and gave away my collection. However about 10 years ago I started reading comic books again in the form of “graphic novels” (comics in the form of books). I quickly became a massive fan of 2000ad, a comic I read as a child, and was glad to see that it has modernized without changing the feel of the comic.

One of the most popular characters, Judge Dredd, has been the subject of two Hollywood movies. The first in 1995 starred Sylvester Stallone and the second in 2012 starred Karl Urban.

Although an English comic character Judge Dredd is set in the former USA in Mega-City One a huge city with giant tower-blocks and massive unemployment. Judge Dredd is very harsh with his sentencing and routinely executes lawbreakers, quite far removed from the heroes from American comics. Am I reliving my childhood? Probably but I have 20 years of comics to catch up on and now I don’t have to rely on donations from neighbours.